Making the Swytch. When is it time? 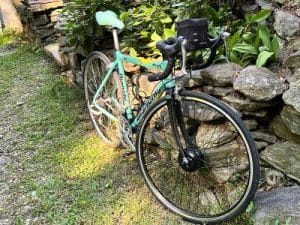 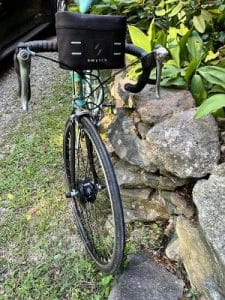 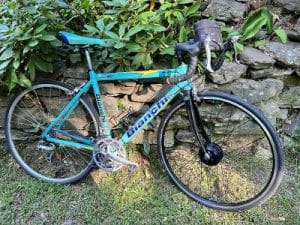 As my friends and I labored up an interminable and extremely steep hill (think: mountain) in Portual in 2019, we were cursing the extreme heat (95 degrees), the lack of shade, and the fact the we were not told to bring extra water on this leg of our journey. As we hopped off our bikes for yet another stint of this miles long uphill, one of the members of our group toodled past us, waving gaily as she exclaimed “Isn’t it beautiful here?” As she cruised by without a drop of sweat on her brow, we realized that she was on an electric bike. This provoked new, elevated levels of cursing from our little band, but it made me realize that she would not be on this trip were it not for that bike. Her husband was a jack rabbit on his cycle, sprinting off wherever we went, even at his age of roughly 70. (I hadn’t had the audacity to confirm, but pretty sure that’s a conservative estimate.)

Even as my friends swore off the e-bike, I was contemplating its usefulness. That summer we had occasion to try some out on Martha’s Vineyard, where my brother in law lives, and has a pair of them. And it was a blast! We could pedal as hard as we wanted, and could use the assist of the motor when we needed it. So how much workout we got was our choice, but there was not a need to overdo it if we didn’t want to.

So when Swytch approached me about their product, I was intrigued to say the least. Although this started out as my project, the first swytch came with my husband taking it on. He’s the mechanical one, and better suited to actually fitting the bike with its new wheel, motor and battery. As it turned out, he was actually the one motivated to create an electric addition to a bike in order to make it easier on his worn and surgically altered knees. I offered up my beloved Bianchi of 25 years to try it out, having bought a new bike in 2020, my treat during the early days of the Pandemic.

After the first 20+ mile maiden voyage, his first words when we arrived home were: “Well that was pretty great! I only needed to use the motor a few times, but it completely saved my knee going up those steep hills.” He said that there was a tiny bit of a learning curve, but that it was simple to use, and he really appreciated that the weight of the battery is centered over the handle bars, so it does not interfere with balance at all. In addition, it was only noticeable when taking the bike in and out of the basement. Otherwise he didn’t feel it at all.

Having taken a 327 mile ride with panniers last fall, with its weight on the back, there was more than one time when I almost went over with my bike because of forgetting about the extra weight I was carrying.

Suffice to say we are thrilled to have this new option in our tiny fleet of bicycles. It will extend the frequency with which my husband will be able to ride with me, as well as the distance we can go. The only challenge will be when we fight over who gets to ride it. Perhaps someday we will need a second Swytch. Find yours at swytchbike.com

Note: since the completion of the column, Swytch has come out with an even smaller battery, around the size of a large cell phone. My husband has already sent away for one. Waiting time in fall of 2022 about six months. Worth it for sure.