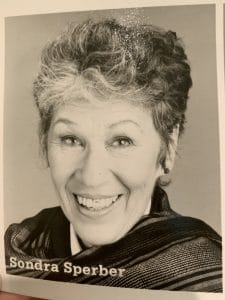 My mom died about six weeks ago—immediately following my bike ride from Boston to New York. Arriving in New York City on Sunday, I received a call from the nurse early Monday that Mom wasn’t doing so well; she was having difficulty swallowing water and was confused about what breakfast was. She knew we were planning to visit on our way back to Boston and was trying to give us a heads up that Mom was not how I saw her a couple of weeks ago.

That did not prepare my husband and me for the prone, pale, mostly unresponsive figure who was unable to greet us Monday afternoon. She was clearly very inwardly focussed on the process toward death that was consuming her. She didn’t look uncomfortable so much as intensely concentrating.

We had to go home that night and I spent Tuesday canceling my work week and letting people know who were planning to visit what to expect. I was on my way back Wednesday morning when the nurse called to let me know that Mom had already breached that thin veil between this plane and the one beyond.

At 93, she had lived a colorful life. We held her memorial two and half weeks later at the funeral home’s newly renovated and light filled space, and it turned out to be a deeply rewarding experience. People attended from various parts of her life, and mine, going back to high school and earlier for my friends, as well as people she knew from that time. There were buds from the ten years she spent in the Boston area, and those from the eleven years she had lived back in the Hudson Valley where she was born.

I spoke (and sang), our two daughters each spoke, and also together read a letter Mom had written to her dear friend and partner with whom she had started a preschool that ran for 25 years. A local friend played a Native American flute. One of her Boston friends sent a recording of a song she sang at Mom’s 90th birthday, along with a clip of Mom scat singing with her from this past summer. Another sent a recording of a poem she had written for Mom.

Others spoke about how Mom had introduced her and her now dear friend, which led to the meeting with the friend’s brother, now her husband of 25 years.

We had many of Mom’s hundreds of scarves out for people to take and I heard several people exclaim that they spotted one that they had gifted to her. Together we painted a portrait of this vibrant woman. Perhaps what remains most striking to me is the number of people my age who became good friends with her the last twenty years of her life. This open heartedness is not easy at any age, and truly one of her dearest friends she met just four years ago as they both browsed in the shoe department at a clothing store. Although I was sometimes irritated by how long it could take to walk from her apartment to the dining hall, because she had to chat with everyone along the way, it is this characteristic which exemplifies her connection with people.

I am hopeful that the intensity of the past year and half will fade as time goes on, and I can reconnect to her earlier, even livelier days. There are traces of her everywhere. I, too, took several scarves, and necklaces, and have various sculptures or paintings that adorned her apartment. It will take some time to reach a new equilibrium and there is not a way to hurry that process. Diving into the holiday season, with her birthday on December 16th, we are already beginning the transition of coming to a new balance. Though I outweighed her by thirty pounds by the time she died, much of her clothing is still my size, and I will wrap myself in her hot pink fleece shirt, and know that her hugs can still provide comfort on a chilly fall day.