Pumped for my Interview! 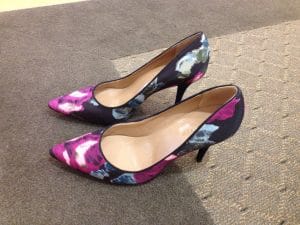 There is a lot to learn about prepping for your first TV interview, from what to wear, to how to prepare for the conversation itself.  It is all very exciting and informative, if a bit daunting at times. Let’s start with the exterior.

I received a series of instructions, and people to contact. I had misunderstood my direction to make an appointment with the sylist. I assumed this would happen upon my arrival inSt. Louis, where the interview would be conducted in a newly renovated ABC studio. But no, this was not the case. This was to be a phone contact only.  Andy asked me to send her my current (aka only) head shot, and we made an appointment to speak by phone at6:30in the evening (for which I would forego my Zumba class…)

“What is the purpose for the interview?” she inquired. I stuttered, and then talked about my book,  my hopes for writing more columns, and mid sentence she demanded, “What are you doing in a suit? Drop the suit.” “When was that taken?” she snapped. I explained that it was taken three months after my completion of an Executive Coaching program (hence the suit). I was being conversational, but it was dawning on me that she had things to do, and was not in this for the chat.

“You need to be in solid colors, jewel tones,” she declared.

“Look on my website – go to the pictures section.” I suggested. “Look at the bright blue suit in the picture at the Ben Franklin Awards. How’s that?” I was sure this was a winner. Kind of a dichroic blue, with ¾ length sleeve, a bit of a ruffle at the sleeve, open neckline.

“The blue is good. But you’ve used it. You need something different; you don’t want to repeat. This would definitely be used in a Sizzle Reel.”  I could tell you who was reeling at this point. (A sizzle reel is a series of shots, a “best of” events.)

“I have a pretty bold pink dress.”

“There you go. Wear earrings that come down to accentuate your jaw line.

“I don’t have pierced ears.”

“You don’t have pierced ears?” She sounded confused. But just for a moment. “Then wear a big brooch. It will call attention to your neckline.”

I was searching frantically around my room, scanning my pin collection, which is in fact, fairly substantial. “I have a big frog, or a bright purple and teal fish.”

“That sounds great! I like the idea of a frog on a pink dress. And get fabulous shoes. You just need to be able to walk across the set in them. You don’t want black for either dress or shoes. Anyone can wear black. You want your clothing to reflect the leader that you are.” She gave me prices if I wanted to hire her for the day to shop in NYC or Boston and we rang off.

I was not feeling so leaderly. I was feeling downright flattened and like a bit of a bumpkin. It was 7 pm. Where could I go right now? I was leaving in less than a week, and I had 3 long days of work ahead of me. I pulled myself together and raced to TJ Max, which was still open on a Tuesday night. I tried on bright blue suede shoes, fabulous to be sure, but I felt like a baby giraffe on ice skates as I tried to venture off the bench. Nope. Too fabulous. I eventually settled on shiny bronze colored pumps with a lizard heel.

Trying them at home I realized they weren’t really right. This would require another foray into places unknown. Six days to countdown. A few days later I wandered into Talbot’s and there was a great patterned shoe with blue, pink, white and black and a classy tall back heel. On sale, of course, with my size there! Okay, I had an even better option. Good news. I scored a deep purple dress at Sara Campbell and I felt ready to rock this thing. At least my outside would be ready.St. Louis, here I come!