Sticks and Stones: What’s in a Name? 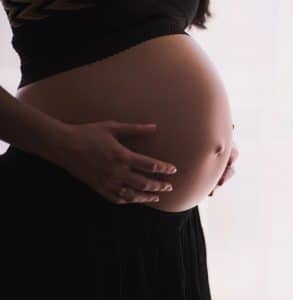 Sticks and stones may break my bones, but words can cut to the quick. A 36 year old woman recently told me that her pregnancy is called “geriatric” by her medical community. My eyes widened in horror, and my face involuntarily contorted at this characterization.

“Nooooooooo!” I howled, taking umbrage at this mislabeling. “Couldn’t they think of something more neutral to describe this?”

The images the phrase geriatric pregnancy conjures are upsetting at best. And couldn’t be further from the youthful woman before me. The notion of combining birth with geriatrics is charming when considering grandparents, but not for a spritely 36 year old! Baby Boomers are just sidling up to the notion of embracing the word geriatric, and their childbirth days are long passed.

My second child was born when I was 37, and I don’t recall such a label from that time. Perhaps I didn’t hear it, or blocked it out, or have banished it from memory, as 24 years later I am still not geriatric. (Damn it.) The medical community needs to be careful of the labels it metes out, as like any placebo, it can affect the way someone feels, behaves, and performs.

I am not advocating that terms should be false, or misleading. It’s (almost) always better to have information than not, but the delivery is important. In every case.

When I was in treatment for breast cancer, they talked about my case going before the tumor board. All I could imagine was a large board covered with specimens, and couldn’t fathom anything more repulsive. How about Diagnostic board? Panel of experts? Convening of professionals?

On the other hand, during my radiation, I recall that outside the room there were three signs: Entry Permitted, No Entry, and Beam On. Although the emphasis of this last one was to keep people out, lest they expose themselves to the radiation, I loved the Star Trek-ish reference, and it felt like a salutation of sorts. It made me smile every time I walked by, and I felt a communion with my fellow patients, as well as people who worked there. We could greet each other with Beam On, Baby!

Take sports teams. They’re not typically named for flowers, or gentle creatures. Can you see the new football team the Boston Lupines, or the L.A. Daisies? The Pittsburgh Deer? Or Cleveland Hamsters? Of course not! Teams want to convey strength, speed, boldness. Just as it would be hard to imagine a Yoga studio called Scorpion Relaxation, or Shark Yoga. There’s a time and a place for each, and the appropriate name is helpful as it sets the tone.

So in the name of supporting people where they are, I am advocating for a revised name for pregnant women over 35. I’ll let that gestate as I consider the options before deeming it a crowning achievement. It shouldn’t be too laborious or cause anyone’s pupils to dilate. We’re just looking for a fitting term here. Who has suggestions?