Surprisingly in the pink 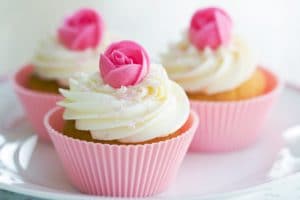 I had completely forgotten that Pinktober was approaching until a client (herself a rider of the breast cancer waves) pointed it out on October 1. She is newly minted off the treatment trail, and was experiencing exactly what I had for many years. Mixed feelings of knowing that it is a good thing, a life saving thing, that there is so much focus on breast cancer, but not wanting to be reminded of the whole ordeal day after day.

Pink splashed about in all the wrong places: on colanders, on football players feet and hands, on towels, newspapers, roadstripes, you name it, there is a jarring jolt of this gentle color.

I realized that not only had I not been anticipating it, I had completely forgotten about this recent tradition. Now thirteen years out from my own triathlon of treatment (chemotherapy, radiation and surgeries), it is not at the forefront of my consciousness, although it is never far. I am accustomed to the numbness under my left arm, though this summer I experienced the absolutely bizarre combination of extreme itchiness along with the numbness after a series of horsefly bites on my shoulder.

I used to become irate at every commercial, every billboard, every reminder of this treatment that I was doing my level best to escape. I wanted to focus on the rest of my life: my kids, my husband, my bike rides or going out to dinner, not dragged back to the hours spent with harsh chemicals dripping into my arm, or the dilemma of which foods might abate the nausea that gripped my days following chemotherapy.

There were funny moments, too. The times when people would comment on how nice my hair looked, when it was, of course my wig. And I was so sorely tempted to just pop it off and show it to them. Or when they would comment on my very very short do after my leap of removing “the critter” which I called it.

People were so unwittingly kind and just as unwittingly created difficulty in how to respond to a question as simple as “how’s it going?”. I ran into a woman who had posed such a question at the grocery store, shortly after diagnosis. I had paused, and she joked that “it wasn’t a hard question.” Of course it wasn’t. Except when you’re newly dealing with breast cancer and don’t know if you want to broadcast that at the checkout line, or lie and say that everything is fine.

When you’re just a few years out from treatment you don’t want to be brought back to the hours spent traveling back and forth for radiation, or treating your tender skin as it reddened, or blistered with treatment. And yet, you also don’t want to be ungracious. It is this focus, this panoply of treatment that may very well have swooped you from the jaws of demise. How can you get annoyed? So October poses its challenges as you oscillate between all the positions regarding this complicated time of life.

Yesterday we attended a function where there were pink tablecloths, pink face masks, and pink plates. For a baby shower. And it didn’t bother me a bit. The years have put distance between me and my treatment. The creative places that pink is showing up do not bother me. They do not stand out or jab me in the side. I can at least share this revelation with my sisters and brothers who are closer to the heat, and reassure them that time, in this instance, really can heal. Along with the very treatments that everyone is reminding us about.