Unexpected learning in the wake of the election 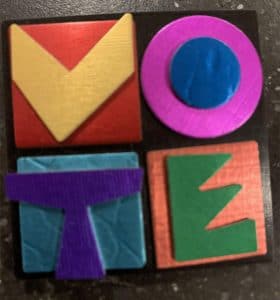 I learned that the Biden/Harris ticket had won while driving and needed to pull over as I sobbed. Completely taken aback by this reaction, I had underestimated how much I had been holding back, making an effort to avoid Trump’s vitriol, or seeing his unsmiling face on TV. It took active, intentional work to ensure that I was not overwhelmed by his rhetoric and dangerous ways. I felt a rush of fresh air, an opening, a possibility. There would be someone in charge who has an adult relationship to reality, who holds other humans in high regard and who is actively seeking the opinion of others. We will no longer have a mentally ill person in charge of our collective family.

I thought about people who grow up in a family with a mentally ill and/or substance abusing parent, where unpredictability is the rule, and shifting grounds the shaky norm. I see many such people in my psychotherapy practice. It takes vigilance and a complicated relationship with oneself to get through this. There is a constant questioning of self, trying to make sense of words that do not hang together. There is comparing what that parent says, which is blatantly false, and being torn between challenging this, and letting it masquerade as truth. There is the deep desire to be loyal to the parent, to want to respect and admire what s/he says, which argues with an inner knowing that this subverts one’s own perceptions.

Living with a president who actively hides reality, seeks to further his own agenda, and vociferously attacks others has been infuriating, disheartening and extremely disturbing. But growing up this way takes a deeper toll, one that people are not always aware is occurring. Not acknowledging this dissidence means that the conflict takes root in one’s person, creating someone who second guesses their own opinions, and often lives with a great deal of anxiety. The alternative is direct confrontation with the parent, which can result in silence or violence, a choice to be avoided, thus creating someone who has difficulty speaking up about their own ideas and feelings.

Most heartbreaking is that without full consciousness of this pattern, people are drawn to repeat this with the partners they choose, and likely also with the presidential candidate they select. That magnetic pull of familiarity, that sense of “I know what this is; it must be right” is alluring even when it should be questioned and discarded like a scorching potato.

Sure, there are people who voted on a single issue, either in favor of Trump or against Biden, but I believe there is a huge swath of others who despite the evidence of Trump’s incompetence and extensive undermining of the very country he is leading, will still support him because of that deep tug of the familiar. This is profoundly heart wrenching.

It is reassuring that in the end, as a country we chose the candidate who reasons, who cares, and who will engage with a team to support our growth as a nation. My hope is that in their work over the next four years, this will become evident to those who didn’t vote for them. It doesn’t mean they won’t make any mistakes. It means that they will listen when they have taken a step off the path, and seek the way back. That is the hope for any parent, any authority, and most certainly for the person occupying one  of the most influential seats on our planet.